I recently had a situation whereby an NSX-v DLR Control VM had been unintentionally removed from vSphere Inventory, this caused a lot more grief than you would expect.

This DLR CVM was performing L2 bridging for some production workloads that were being migrated off VLAN-backed segments into logical switches. As a result, it was critical that the CVM be powered on and connectivity be restored as soon as possible. This DLR CVM was deliberately deployed as non-HA due to some issues previously faced with L2 bridging/HA split brain/STP loops/shut ports, another post on that some time.

I attempted to redeploy the DLR CVM after being informed of the outage, only to find out that this would not be straight forward. NSX was referencing a non-existent/stale Edge VM that was completely gone and unable to be restored.

This was a NSX 6.4.3 environment. These steps are applicable to both Edge Services Gateway VMs as well as DLR Control VMs.

The steps that created this scenario were as follows:

At this point I raised a severity 1 ticket with VMware support who were able to help me resolve this issue, and I hope the following details are useful to anyone else that faces this same issue.

These log snippets have been taken from my lab where I reproduced the same issue.

Open a console to the relevant NSX-v Manager (preferably via SSH) and go into engineering mode with these steps.

Take note of the vm_mo_id0 value as this is the moref that NSX Manager is using to reference the appropriate DLR CVM in the vSphere Inventory.

At this point you should make certain that the VM in question does not exist in the vSphere inventory. There are a couple of ways of doing this:

At this point you have confirmed that we do in fact need to make some modifications to the NSX-v Manager postgres database so that it no longer references the stale Edge VM.

In order to resolve this, the following steps need to be followed: 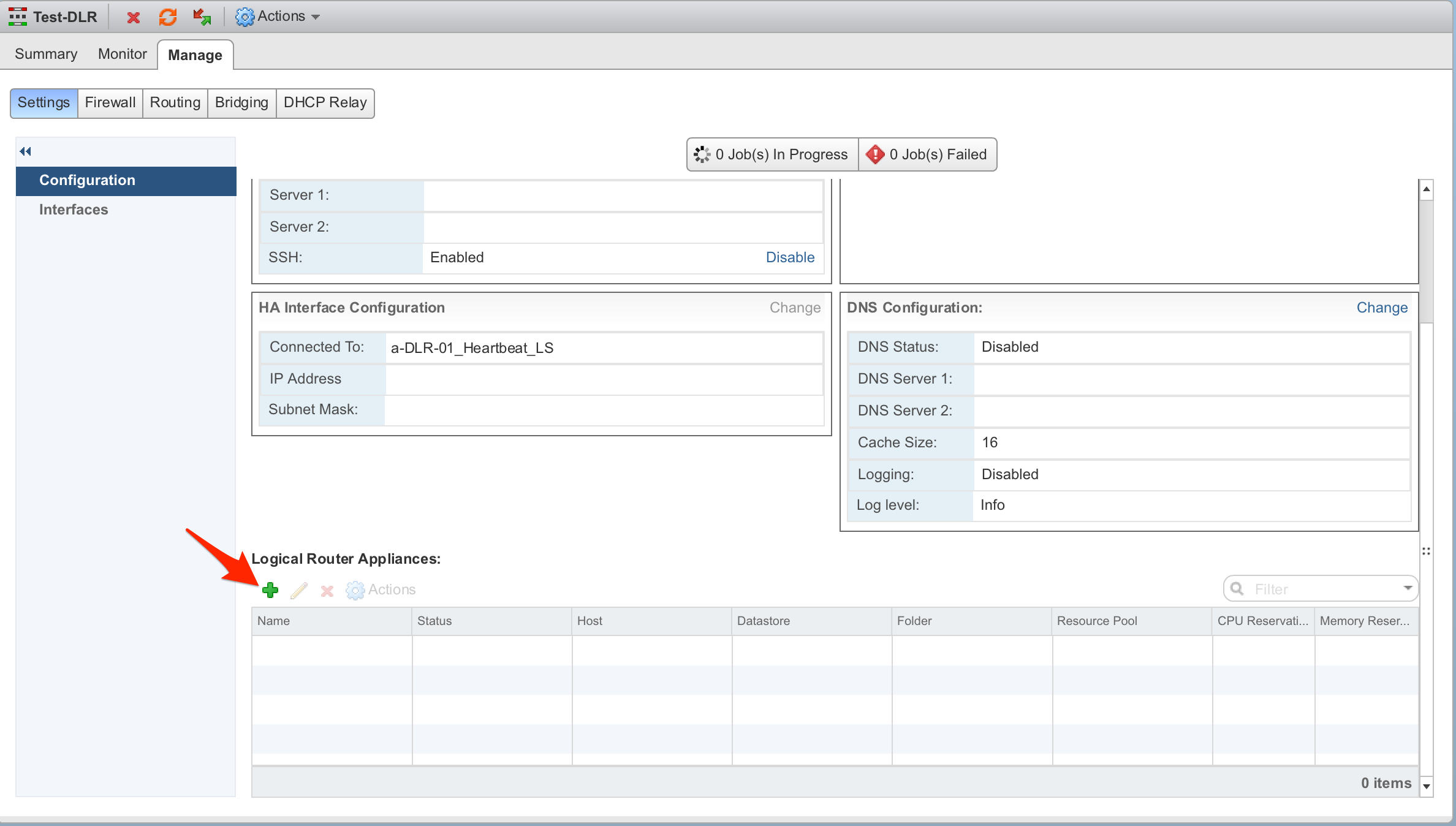 You should now have restored your Edge VM.

Although it is unlikely that an Edge VM would be deleted from disk or removed from inventory in a production/stable environment, these steps will minimise your outage window in the event that it occurs in your environment.

Other options to resolve this were all evaluated for feasibility/effort/reliability but were deemed not the preferred action plan: